Since 2012, per capita water withdrawals in the Metro Water District have remained steady around 100 gallons per capita per day (gpcd), with some variation due to climate. Even in drought years, the implementation of drought restrictions has maintained the effective culture of wise water use. 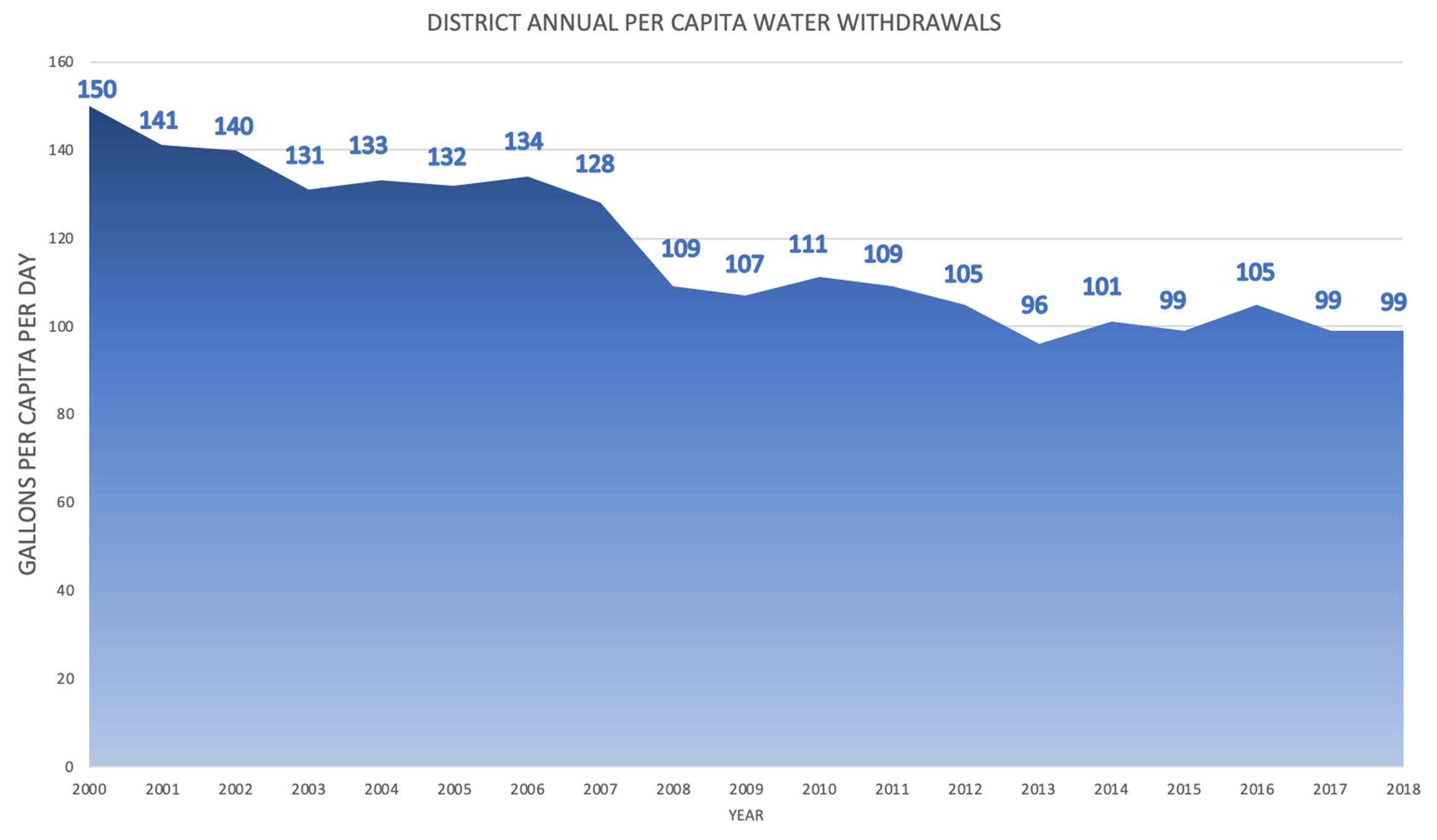 Beginning January 1, 2018, the rebate structure will be modified:

All eligible applications postmarked by December 31, 2018 will qualify for the $100 rebate if the toilet is WaterSense-labeled 1.28 gpf or less.

Please contact McKenna Magill at mmagill@atlantaga.gov or 404.546.0311 for more information.